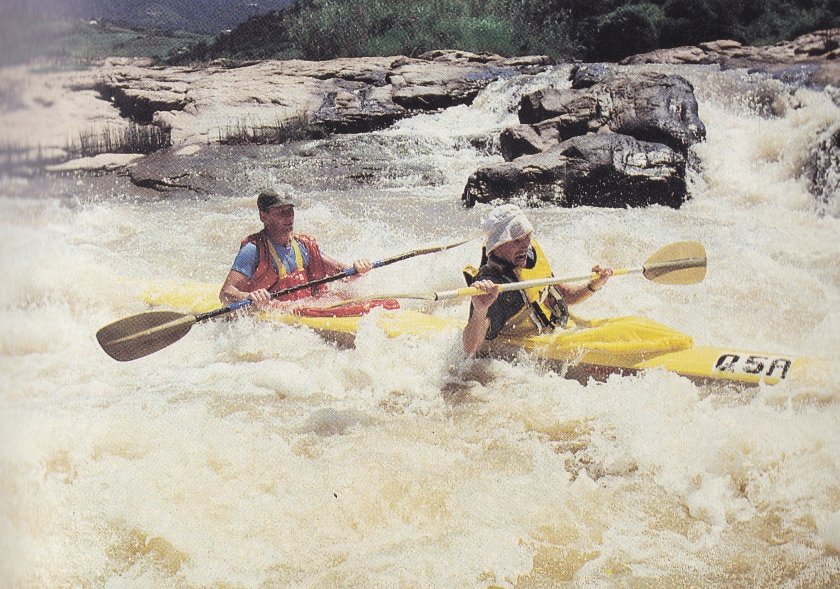 But heaven-sent help was at hand. There was Richard Ringo Starr in a Topolino kayak paddling up towards Dickie. “Hold on the back! I’ll pull you to the bank” shouts Richard and sets off with ‘Sea anchor Edwards” clinging on. In spite of Herculean efforts Richard was going nowhere, and looking over his shoulder saw that he was about to go through the right of the Finger so I heard shouts of “Let go Dickie! Let go! Geroff, Geroff!”. Dickie swept off round the Finger, never to be seen again, I thought.